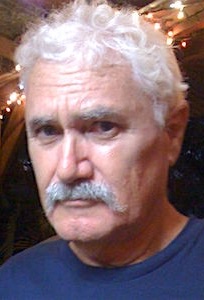 I just read your article and felt I had to respond. I hope that you don’t mind. And I do not expect a response. I just want to impart a bit of knowledge or maybe it might be called wisdom. I don’t know, you decide.

I was a junkie for thirty years—exactly thirty years. The only time I did not get high within that time-frame was the one time I shot some bad shit and lay in a coma for three days (I lived alone). I woke up and found that I had vomited upon myself and soiled myself (if you know what I mean). Then I went out and copped some more shit, but from a different source—hoping I wouldn’t kill myself. That is how much of a junkie I was. I got high every day for 10,950 days.

I do not know if you are ever going to write about the subject again, but if you do, I thought I’d give you a little insight into addiction that was woefully lacking in your article. Not your fault. Here are a few things from the street level that I think you should know.

I had been on the methadone clinic for so long that I was allowed to come in only once a month, which meant I took home a month’s supply. I was on 110 mg at the time. My genius plan was to detox myself over a seven-month period and then walk away clean. No muss, no fuss.

I made a chart and planned out my campaign. I would decrease my dosage once a week until I was down to 5 mg. A piece of cake.

I stayed true to my schedule and the dosage went down every week. But still I got high. Man, did I love opiates! Then came the last week. I took my last pill and waited. Nothing happened. That was easy, I thought. Then, on the third day after stopping, I fell into the fetal position and stayed that way for about a month. I didn’t know that opiates stayed in your system for seventy-two hours.

That first month was hell. I can’t and won’t describe what I went through. Although one thing of interest is that I could actually feel my brain coming back online. The synapses in my brain started up once again. I felt the neurons passing signals to other neurons. It was a crackling sensation, like an electrical discharge.

I could not stand for more than a few minutes at a time. I had constant diarrhea. My body shook. I screamed out in pain. My torment ruled my life. But here is the most insidious thing about coming off opiates: You cannot sleep. There is no respite from your pain. It’s twenty-four hours a day of waiting for your body to get right. For the first month, if I got ten or fifteen minutes of sleep, that was a good night.

My mind was cool. I had decided to get clean and I was—in my head. My body just had to catch up. It took six months before I was somewhat human again. It’s been seven years and I’m still not right. I’ll never be right. I’ve destroyed my body in so many ways.

I got clean at sixty years of age, and while I was in that fetal position and in indescribable torment, I started writing my first book. I have just published my fifth. I’m no Stephen King, but I’m making money from my writing and my books are well received. So please tell people there is always hope. But it’s up to them.

Thank you for listening to my rant,

78 thoughts on “Just Read an Article on Addiction”