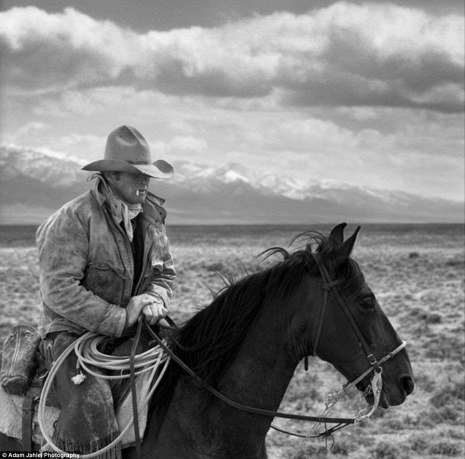 It was early in the morning when the man rode into town from the east, the sun at his back, his long shadow before him. The street was deserted except for an old mongrel dog sniffing its way home after a long night’s prowl.

He proceeded on the main thoroughfare—the town’s only thoroughfare—until he came abreast of the Blue Moon Café with its “WE NEVER CLOSE” sign hanging from the ramada. Spurring his horse over to the hitching post outside the café, he dismounted and entered the establishment.

At that time in the morning, the chairs were on the tables, and the only occupants were a boy sweeping the floor and a disheveled, overweight man behind the bar wiping a glass with a dirty rag. The barkeep watched the stranger approach.

“How ’bout some whiskey?” said the stranger.

When the barman was slow in responding, the man grabbed his collar, pulled him down until he was bent over the bar and their eyes were staring into each other’s.

“I said whiskey,” growled the stranger.

“Yes sir, right away,” was the barkeep’s quick response.

When released, with a shaking hand, he placed the glass he had been wiping on the bar, grabbed a bottle from beneath the counter, and poured a liberal amount of an amber liquid into it.

As he started to re-cork the bottle, he was told to leave it.

Turning his back to the bar and placing his elbows thereon, he called to the youth doing the sweeping.

Placing his broom against the nearest table, the boy did as he was bid.

“Well, Billy, do you know a man by the name of Jake Tapper?”

“Do you know where he lives?”

Reaching into his vest pocket, the man withdrew a silver dollar and flicked it in the boy’s direction. “You go tell Jake that Mac’s in town.” 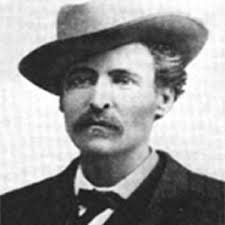 Jake lay on his bed, staring at the ceiling. It was much too early to be awake, but since she left him, he found it hard to sleep. It had been a heady eight months. He had never loved a woman as he had loved Jeanie. Sure, it was taking a chance messing with Mac Conway’s woman, but it had been worth it. Now that she had run off with that piano player from the Blue Moon, he thought he’d just stop running from Mac. Might as well get it over with, thought Jake.

“A man down to the Blue Moon told me to tell you that Mac is in town. I think he wants to talk to you.”

“Alright, Billy. You tell him I’ll be right there.”

Jake packed his few belongings and left the room. Instead of going to the Blue Moon, he went to the livery stable and saddled his horse. Then he mounted and headed out of town as fast as the beast could carry him.

It is one thing to think brave thoughts in the seclusion of your room, but it’s another thing to face Mac Conway in a saloon. Hell, it ain’t healthy to face off with Mac anywhere. Now that Jeanie’s gone, there’s no reason to git myself killed.

The next day Mac caught up with Jake, and then went looking for Jeanie. 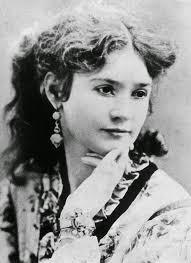 It’s two hours before dawn and moonlight shafts in through the window. In a darkened corner, in the shadows, sits a woman. She has been sitting there for hours. She looks toward the bed. Lying on the bed is a man, a big man. The woman is crying, the man is snoring, and they are waiting. The man does not know that he is waiting, but he is.

What a mess I’ve made of things, thinks the woman. She thinks back five years to when she was just a seventeen year-old girl in Two Mule, Kansas. Back then her favorite saying was, “This may be Two Mule, but it’s a one-horse town as far as I’m concerned.”

Then the big man came to town; he was handsome in a rugged sort of way. Jeanie, that is the woman’s name, took one look at him and knew that he was her ticket to freedom. At that thought Jeanie has to laugh. Freedom! I haven’t had a free day since we left. But she did not know what was in store for her then. At the time, all she wanted was to get away, and Mac was only too happy to oblige her.

He told her he would take her to Chicago, maybe even New York. But when they left, in the middle of the night, they headed west. He told her he needed a grubstake and was going to do a little panning for gold. But Mac did his panning with a knife.

They would wander into a gold camp, set up his tent, and Mac would pretend to pan during the day, always out of sight of the others. What he did was drink and sleep. However, at night as the men sat around the fire, he would ascertain the man with the biggest poke, as he listened to their talk.

After two or three days, when he had picked out his target, he would creep into the man’s tent as he slept, slit his throat, and take his dust. Then he and Jeanie would leave. When you traveled with Mac Conway, you were always leaving places in the middle of the night. And tonight, thought Jeanie, as she sat in her corner, will be no different. Mac, you’ll be leaving in the night, but not with me. Not this time.

It wasn’t long before Jeanie cottoned to what Mac was doing. That didn’t bother her too much, but what stuck in her craw was the fact that Mac had no intention of taking her to Chicago or anywhere else but two-bit tank towns. That’s when she first ran away from him.

As he lay passed out, drunk, she lifted his purse and what dust she could find. Her big mistake—if you don’t count her not killing him outright—was leaving his horse.

He had caught up with her pretty fast and gave her a good beating to teach her not to do anything like that again. He said, as he beat her, “You belong to me and if you ever leave me again, I’ll kill ya!” It was then that Jeanie knew she would need the help of a man if she was going to escape Mac.

It was fourteen months before she found the right man; at least he seemed right at the time. Jake was full of talk of all the places he’d been. He said he was passing through town on his way to California where he was going to buy a ranch and raise cattle.

Once she had Jake picked out, she worked on him when Mac wasn’t around.

“Then you’re the man for me. We can be one hundred miles gone before he even misses me. And don’t worry; he’ll be glad to be quit of me.”

However, after they left and word got around that Mac was looking for them, Jake started to go to pieces. He was always looking over his shoulder and saying things like, “How far back you reckon Mac is?” Or, “I don’t think we’d better stay here more than a day. Mac could be close by.” It was enough to drive me crazy, thought Jeanie as she sat in her chair, in the corner, in the dark.

After eight months of Jake’s jumping at every bump in the night and loud noise during the day, she started to play the piano player, no pun intended. Well … perhaps some pun intended.

The beautiful thing about Señor Piano Player was that he didn’t know of Mac. But Mac soon found out about him. When Mac finally caught up with her and the piano player, he didn’t beat her, he did not kill her, he simply told her she was responsible for the deaths of two men. He took great joy in telling her how Jake Tapper had died. So, two men were dead. If she was to get away from Mac, she would have to take care of things herself.

Now it was a month later and they were in a new town. Mac came in every night roaring drunk. Some nights he would ravage her; other nights he’d just pass out. That is what gave her the idea.

She could have lifted his gun out of the holster as he slept. It was always hanging from the bedpost at night. Then she could have pulled back the hammer, placed the barrel in his ear, and squeezed the trigger. But, that is not a woman’s way. And besides, she would most likely be hung for murder if she did it that way.

That afternoon, she went to McGuire’s Emporium and bought a bottle of laudanum, which is also known as tincture of opium. Before she left, she asked Mr. McGuire how much was safe to take.

“One tablespoon is alright, two if you are in a lot of pain.”

“How much is dangerous?”

“It depends on body weight.”

“What would happen if I drank half the bottle?”

“You would go to sleep and die.”

“Good day, Jeanie. Say hello to Mac for me.”

Like everyone else in town, McGuire was fearful of Mac Conway.

On the way upstairs, after she returned home, Jeanie bought a bottle of Mac’s favorite whiskey.

When she was alone in the confines of her room, she poured most of the contents of the whiskey bottle into the wash basin. Then she uncorked the laudanum and poured all of it into the bottle. Laudanum has a bitter taste. Jeanie was hoping Mac’s inebriation and the whiskey would mask the taste. In this, she was right.

That night, Mac slammed opened the door when he returned, he was drunk as usual. As he reached for her, she said, “Hello, lover. Let’s have a drink first.”

Jeanie knew that Mac never declined an invitation for libation. She went to the table and poured a portion of the doctored liquid into a glass. Mac, as she knew he would, grabbed the bottle from her and he took a healthy swallow. Well, it would have been a healthy swallow if not for the laudanum.

She was able to keep away from him until the bottle was empty, then she guided him to the bed where he sat for a moment, head hung down, before he fell backwards and passed out.

That was hours ago. Now she sat and waited, waited for the son-of-a-bitch to die. Just before sunrise, the snoring stopped. She hesitated for only a moment before going over to the bed. She had to know.

Yes, he was dead.

Before leaving the room, she went through his pockets and took anything of value. Then she went out and met the rising sun, and walked into a new life.

If anyone feels so inclined, I’d appreciate it if you’d like my Facebook page. You can click on the button on the right side of the page. Thank you.