I recently posted a few of my hitching adventures. Some of you may have read them. Today’s story took place about five years after I got off the road. I was twenty-seven years old. Every word is true, though some of you might find parts of it hard to believe. That’s okay. It was my life, and I lived it. 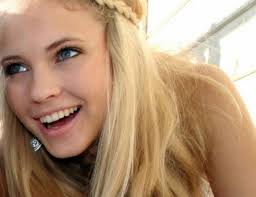 I do not remember how I came to know Ellen Long, but I do remember it was shortly after our first meeting that we were in bed devouring each other’s bodies. For a couple of wonderful months, we ran together and made love together. And I must admit, I was smitten. Although once I got to know her a little better, it was obvious that it was not going to be a long-term relationship. I took my cues from Ellen Long and I decided to enjoy her while I could.

To give you an example of her way of thinking, which was very progressive, two days after a weekend in which we locked ourselves on my boat and did nothing but drink and make love, she called me to say she was having trouble recuperating from the intensity of our weekend sexual adventures. She then went on to inform me that she had told her sister the gruesome details and seeing as how she was going to be out of commission for a few days, would it be alright if her sister came over that night. It seems the sister wanted to find out what all the fuss was about; well, that was the first of five women Ellen Long sent my way.

With that sort of attitude, it’s no wonder the relationship lasted only two months. However, once the sex stopped, we remained close. We had no choice. I drank at whatever bar she was working. At least I was assured of a decent drink.

Every time Ellen Long had a new lover, I heard about it in great detail. There was the time she told me of the guy who was flying her to England. My only comment: “Make sure you get a round trip ticket.” Wouldn’t you know it? She calls me a week later and says, “I’m stuck in London, can you send me an airline ticket?” I make sure there’s one at the airline counter within the hour. I didn’t hear from her after that for about a month. No phone call to say I’m back. No call of thanks. Nothing.

I finally ran into her at a bar we both frequented and the first thing out of her mouth was the fact she had a new love. She went on and on, telling me of his great beauty, his gorgeous skin, etc. After a few minutes of that, I started calling him “Pretty Boy” to myself. At that point, I had had enough of her crazy loves, so I feigned business elsewhere and excused myself. I should not have been so hasty. If I had waited around and met Pretty Boy, I might have averted the defining moment in Ellen Long’s and my relationship.

The loud, insistent ringing of the telephone brought me out of a sound sleep. I looked at the clock next to the bed … 4:07 am. Putting the receiver to my ear, I heard, “He’s going to kill me; he just tried to throw me off a roof!” It was 1978, a time before cell phones, and the person on the other end of the line was Ellen Long. In a whispered voice, she told me she had been riding in Pretty Boy’s car, and he became enraged when she told him she did not want to see him anymore. He then drove into the parking area of an apartment complex, pulled her from the car, and dragged her to the roof of one of the buildings.

Ellen Long was a bartender; she’d had plenty of experience dealing with drunks, so she thought she could handle this nut. It wasn’t until he tried to throw her off the roof that the seriousness of the situation struck her and her training in dealing with angry people kicked in. She somehow convinced him that everything would be all right, and if he would allow her to first find a bathroom, she would then go wherever he wished.

On the way down from the roof, the first door she knocked on was answered—as luck would have it—by a nice little old lady who had no problem letting two strangers into her apartment at 4:00 o’clock in the morning.

Once inside the apartment, my Ellen could not tell of her predicament without putting the nice little old lady in danger. And by now the nut was mollified enough to allow Ellen to leave his sight, though he stood guard at the door as she went to the back of the apartment where the bathroom was located.

Instead of going into the bathroom, she slipped into the bedroom, picked up the phone, and called me. She didn’t have the exact address, but gave me the intersection of two streets and asked me to come to her rescue. I was half out the door by the time she got around to asking for help, the length of the telephone cord the only thing keeping me from being all the way out the door.

As I got behind the wheel of the car, a voice in my head said, “She gave you the wrong location. The place she gave is miles from where she is. She is on the opposite side of the island” (Miami Beach). I then had a mental vision of her location.

Starting the car, I decided not to go where Ellen Long told me to go. Instead, I went in the opposite direction. When I got to the place I believed her to be, I saw Ellen and Pretty Boy standing alone in the parking lot of the complex. She expected me, he did not. She calmly walked up to the car and said, “Hello.” Like we were meeting accidentally in the middle of the day, and not the early hours of the morning. She then introduced her “friend,” and while his attention was momentarily diverted in my direction, she ran around to the other side of the car, dove through the open window into the passenger seat, and yelled, “Get out of here!”

It took Pretty Boy half a half a second longer than I to realize what was happening, and that half of a second was all we needed to effect our get-a-way. The only thing he could do at that point was grab onto the side-view mirror, and scream incoherent fulminations as loud as he could. Though slight of stature, he was so enraged, he had the strength to tear the mirror from the car and throw it at us as we sped away.

As I drove her home that morning, she told me I had arrived just in the nick of time. She had stalled him as long as she could and he was about to drag her to his car as I drove up. (Just in the nick of time? What would have happened to Ellen if I had not listened to that voice telling me where to go? What would have happened if I had gone to where she had directed me?)

After that morning, I never saw Ellen Long again, except once about a year later, for a few minutes, in a real dive of a bar. She was with friends, and we were both genuinely glad when we saw one another. After saying hello to me, she turned to her friends and said the following: “This is Andrew. He saved my life.”

I had finally made an impression on Ellen Long. 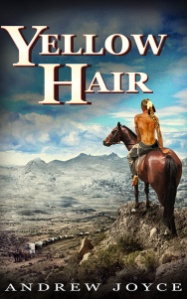